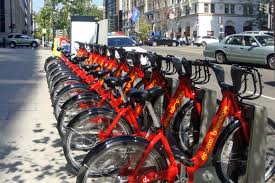 Bike Riding is not just taking the nation’s capitol of  Washington, DC, by storm, it is spreading rapidly across the US. However, the growth in acceptability of bike riding did not come about by accident. Citizens groups have been hard at work pushing for bike lanes, protected bike lanes, bike sharing networks and other creative ways to make bike riding safer and more acceptable.

In Washington, DC,  the introduction of Capital Bikeshare, a city-wide bike sharing network, has led to a visible increase in the number of bikes on the streets.

Capital Bikeshare is the largest network of its kind in the US. Bikeshare locates bicycle hubs at different gathering points across the city. If you are a bikeshare member, then you have access to all of them for your bike riding.

Altogether, Bikeshare has 1100 bikes available at over 110 stations in Washington, DC, and Arlington, Virginia (adjacent to Washington, DC. The way it works is that if  you take a bike out, you don’t have to return it to the same location from which you took it. You just need to return it to another station near your destination. The locations are so spread out that there is almost certainly one near you home. Quite smart.

The Evolution of Capital Bikeshare

In fact, that’s how Bikeshare got its name. Its predecessor was the SmartBike DC bike sharing service.  It got started in 2008 with 10 stations and 120 bicycles. It was the first bike sharing network of its kind in the United States. It was expanded by the D.C. Department of Transportation Because of bureaucratic regulations, DC ended up expanding the program in partnership with neighboring Arlington, Virginia. That partnership led to the building of the regional bike sharing program called Capital Bikeshare. 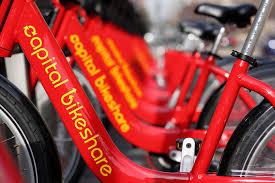 Capital Bikeshare has grown quite a bit since the early days – and so has bike riding in the DC area. This growth has driven a demand for more stations and more bicycles. Transportation agencies in each local jurisdiction select the location of the bikeshare rental stations and the number of bike docks. Most of the Bikeshare system’s users live in or near the DC city center. More education is needed to help promote the use of the stations in the poorer eastern portion of the city.

The National Park Service initially was opposed to Capital Bikeshare stations on the property it manages. This was true of large historic landmarks like the National Mall. However, the park service under the Obama administration later reversed itself and agreed to include new stations in future expansions. The first two of five approved Capital Bikeshare stations opened on the National Mall in March 2012, shortly before the start of the 2012 National Cherry Blossom Festival in DC.

By August 2015, Capital Bikeshare had grown even more. That year, it announced that it had found a new equipment supplier and would add 435 bikes and 40 stations in D.C. and 140 bikes and 20 stations elsewhere. At the time Bikeshare also reported having 29,000 members who had taken more than 10.5 million trips. That’s a lot of bike riding.
Back in 2010, a local DC transportation official said that the Bikeshare system could be expanded further throughout the D.C. area and have as many as 5,000 bicycles within a few years.

The Benefits of Bike Riding 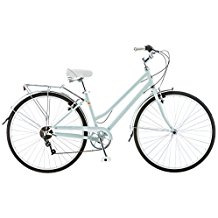 Regardless of whether you own your own bike or are thinking about using the Bikeshare network for your bike riding, there are considerable benefits to bike riding as a means of transportation:

I know you probably get plenty of exercise walking up broken Metro escalators, but biking to get around gets your blood pumping and your calories burning.

Whether you live in DC, New York, Chicago, or elsewhere, let’s face it: the subway or Metro isn’t getting any cheaper. Neither is gasoline. If you’re not in DC or someplace with a bike sharing network, you don’t have to miss out on the bike riding revolution. Invest in a bike of your own. It will be the best investment you ever make. Bike riding will save you money. 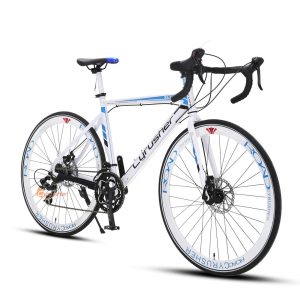 When you’re bike riding, you can park anywhere!

In highly congested cities like DC, New York, Chicago, Miami, and LA, traffic is bad and parking is even worse. A bicycle requires only a street sign, bike rack, or anything else you can get your lock around!

Get Started with Bike Riding

Check Bicycle Shop Online or your local bike shop for a bicycle you’re comfortable with. Explore road bikes at Amazon or at Bicycle Shop Online. Buy a helmet and a sturdy, secure bike lock (especially if you live in a big city). If you plan on bike riding at night, LED lights are a good idea. 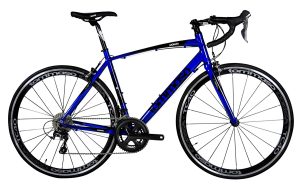 If you live in the DC area, the visit the Capital Bikeshare website at http://CapitalBikeshare.com, There you can join for a day, month, or year, and start bike riding immediately.

Bike Lanes Spreading Across the US

Bike lanes and protected bike lanes are becoming more prominent across the US. In some parts of the world, even more progressive solutions, like dedicated bike highways, are being employed.

What is A Bike Lane?

A Bike Lane is classified as a section of the roadway that has been designated by striping, signage, and pavement markings for the preferential or exclusive use of bicyclists and bike riding. Bike lanes allow cyclists to engage in bike riding without being intimidated by prevailing traffic conditions. Bike lanes force drivers to share the road with bicycles and foster respect by drivers for cyclists and bike riding. They facilitate predictable behavior and movements between bicyclists and motorists.

A bike lane is not the same as a cycle track or dedicated bike lane.  A bike lane has no physical barrier (bollards, medians, raised curbs, etc.) that restricts cars and other automobiles from entering the bike space. 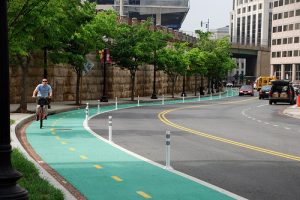 Most bike lanes run curbside when no parking is present, adjacent to parked cars on the right-hand side of the street or on the left-hand side of the street in specific situations. Bike lanes normally flow in the same direction as traffic. However, they may be configured in the opposite direction on low-traffic corridors necessary for the connectivity of a particular bicycle route.

Get into Bike Riding! It’s a lot of fun, great for family life, the environment, and a healthy body.

Lotto-Soudal rider Stig Broecx is now able to understand conversations and speak some words after coming out of a coma following his crash with a motorbike.

Check out BicycleshopOnline.net for comprehensive product information on mountain bikes, hybrid bikes, electric bikes and all types of bicycle parts and accessories. In addition, huge online deals on all sorts of bicycles.

For cool tips on bikes repairs, http://repairs.bicycleshoponline.net is a good resource to check out.

Click here for completeproduct information on mountain bikes, hybrid bikes, electric bikes as well as all types of bicycle parts and accessories. Additionally, terrificonline deals on all sorts of bicycles.